Cell Multiplication Controlled by a Surprising set of Genes

Kiessling discovered that early human embryo cells express CLOCK, and other circadian genes, that other human cells growing in laboratories did not. This was a surprise. Although scientists have recently become aware that human tissues have a circadian oscillator that cycles every 24 hours, in phase with the master circadian pacemaker in the brain that responds to light and dark, early embryos seemed too small to function like a tissue.

Kiessling also discovered that the RB gene, a powerful cell blockade, was turned off in the early embryo cells. This was also a surprise because RB is a well-studied blockade that prevents cells from multiplying unless needed and stimulated by growth factors. The lack of RB in the early embryo cells, in combination with the circadian oscillator, are unique characteristics that together enable independent, continuous cell duplication.

“These are exciting discoveries,” stated Dr. Kiessling. “To understand the cell machinery needed for independent, highly accurate cell multiplication, we need to understand early embryos, because they are the true stem cells. CLOCK expression and RB silence may be key elements in continuous cell duplication, and important to consider in the design of patient-specific stem cells capable of the expansion needed for therapeutic quantities.”

Developing conditions to inhibit RB and support the circadian oscillator may the combination long sought by scientists to multiply adult stem cells to the trillions needed for therapies for diseases such as heart failure, diabetes, Parkinson’s disease, spinal cord injury, AIDS and cancer.

“These findings are also essential to our research to improve the efficiency of deriving stem cells from unfertilized eggs, called parthenote stem cells. Parthenote stem cells do not have the ethical issues that embryos have, and appear to be as robust in multiplication as embryonic stem cells. Women with serious diseases, such as Huntington’s Disease, spinal cord injury, and Chrone’s disease, have volunteered to donate their eggs for stem cell research and derivation, a procedure well worth undertaking when this new knowledge can be implemented. Strategies to silence the RB gene will need to be carefully planned to allow it to turn back on when the cells are differentiated to specific cell types, ” Dr. Kiessling said. This ground-breaking work was the result of a collaboration between Dr. Kiessling’s team of scientists at the Massachusetts based Bedford Research Foundation (BRF) with a team of clinician scientists at the University of Athens in Greece. The work is the first of its kind and was possible through the use of cutting-edge microarray technology. BRF scientists examined expression of 44,000 gene elements in
discarded early-stage (8 cells of development) human embryos.

Professor Dimitris Loutradis, the clinician scientist leading the Greek team, adds “This new understanding of human embryos may, finally, help develop ways to determine which embryo is developing normally and should be selected for transfer to patients undergoing assisted reproduction.”

According to Professor Jose Cibelli of Michigan State University, “This is a seminal paper. I am sure we will be referring back to it 10, 20 years from now.” 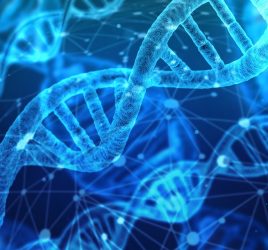 Gene Edits for Treatment of Disease